Originally posted on: The Ooomf Blog

I remember trying out my first hour-by-hour schedule to help me get things done when I was 10. Wasn’t really my thing. I’ve since retired the hourly schedule, but I still rely on a daily to-list.

I went through the same motions every night in university. I wrote out, by hand, my to-do list for the next day, ranked by priority. Beside each task I wrote down the number of hours each task should take.

This was and still is a habit and finding a system that works has been a struggle for me. I’ve tested out a variety of methods, bought a number of books on the subject, and experimented: colour-coded writing, post-it note reminders in the bathroom, apps, day-timers….you name it, I’ve tried it.

In my moment of retrospection I still wasn’t sure if my current system was spot on. So, I went on an adventure to figure out the most effective way to not only write my daily to-do list but to get more things done.

The brief history of the to-do list
Charles Schwab was a steel tycoon and a man obsessed with output and economic efficiency. He was one of the first Americans to introduce a time saving workflow process, called Taylorism, in his factories.

In the early 1900’s, Charles sent out a memo stating that he would award handsomely the individual who could improve productivity amongst his employees.

Ivy Lee, the father of public relations, met up with Schwab and suggested the following: each employee should write down 6 tasks everyday and rank them from highest to lowest priority.

They should immediately get to work on the first task. After completing the first task they were to move on to the next one. Any unfinished tasks simply go on the next day’s list. After 90 days of list making and monitoring Schwab noticed productivity dramatically improve.

In present day, the to-do list has become a daily necessity but it’s not exactly a tool that makes you more productive.

At some point you’ve probably made a to-do list with 10 or more tasks to complete in a short period of time. As you get to work, the sheer immensity of tasks leaves you in a state of paralysis, with a heavy sense of obligation and a nagging feeling in the back of your mind.

That nagging feeling is the result of having too many conflicting tasks. In the book Willpower: Rediscovering the Greatest Human Strength, psychologists Robert Emmons and Laura King looked at a group of participants who listed 15 goals they’d like to achieve.

They found that a large list of conflicting goals creates repetitive thoughts about the tasks at hand. There is constant worry that is created in the individual’s mind.

Human beings are completionists. We like to get things done. Psychologists call that nagging feeling the Zeigarnik effect, an old phenomenon in the field of psychology. Our mind will remain fixated on an unfinished task, causing our mental and physical health to suffer too. Upon completion we are freed from the burden of this task.

The psychological rush of completing all of our tasks is a state our mind loves. So why do we make those gigantic lists (that will take eons to get done) in the first place?

Dr. Tim Pychyl is an expert in the area of procrastination research. He argues that you feel an immediate sense of accomplishment simply by writing down all the tasks you would like to complete, without completing any one of them. Your brain will simulate the success you would like to feel.

A 2002 study followed 83 undergraduate students who were searching for a job after completing university.

Students that fantasized more about finding a job:

Writing down many non-specific tasks on a to-do list acts as the perfect proxy to such fantasies. It allows you to fantasize about successfully completing hard tasks and gives you permission to mentally indulge in this thought. It is instant gratification, but you haven’t really accomplished anything.

Over 100 experiments confirm that by exercising more self control at the start of the day, your motivation and attention will decrease as the day goes on. This is why people tend to cheat on their diets after stressful and exhausting days.

So, if you spend every morning deciding what to eat for breakfast or picking out what you should wear, you are wasting limited self-control resources on unimportant tasks.

This is one of the reasons why legendary Apple CEO Steve Jobs was known for wearing the same outfit every day.

“You need to focus your decision-making energy… You need to routinize yourself.”

If you start your day tackling unimportant tasks on your to-do list, you are frittering away your self-control that would be better used to focus on tasks that will have more impact.

Writing vague one-word tasks on your to-do list prevent you from getting the task done faster.

A team of psychologists looked at the effect of abstract versus concrete tasks on procrastination when they showed participants the following two paintings and asked them to mail back a short survey:

The first group of participants were shown painting 1 and were told the artists wanted to arouse feelings of emotion and harmony.

The second group of participants were shown painting 2 and were told it is an example of an art technique called pointillism.

You’ve got to think about your to-do’s in concrete terms. While writing down a task using non-specific terms may help save you time for now, it hurts your progress and does not save you time in the long run.

To boil it down, your willpower depletes as the day goes on, you make a long unprioritized to-do list of abstract tasks and feel accomplished, and yet those unfinished tasks leave you with a nagging sense of obligation. What are you to do?

1. To get the task-completion rush all you really need is a shorter list. Write down no more than 3 tasks on your daily to-do list. You may have a second on-going list that keeps track of the tasks coming down the pipeline.

Prioritize them by importance.  Ask yourself: “which task will make me feel most accomplished?” That is task number one. After you have three tasks listed, put any overflow tasks on a separate piece of paper that you can easily tuck away. Keep it out of sight.

2. Use small post it notes or lined index cards. A small piece of paper will physically prevent you from writing a long to-do list.

3. Action tasks. David Allen, the to-do list guru suggests writing your task down as an action. This will prevent your from using non-specific terms when making your list.

For example, instead of “find movers” try “call mom and ask her to suggest a mover.’” Or “start and finish research for Tim” try “Do a journal article search using the terms: XYZ.” One way to keep a check on this is every time you write down a new to-do, ask yourself: “What is step #1 to get this task done?” Step #1 becomes your new to-do.

4. View one task at a time. If three-tasks per day is too much regression for you, you can boost your productivity by viewing your list one task at a time. Try Now Do This.  Or if you’re old school write one task per post-it note and then stack them so the preceding tasks are hidden.

Quick Tip: Before you even get to writing your list, automate-out morning distractions and petty decision making to maximize willpower. For example, have breakfast ready the night before. Use the timer on your coffee machine. Block out the Internet for the morning (try Freedom or Write Room).

Ivy Lee didn’t have it quite right, 6 tasks were way too many for one day. But he had his head in the right place. Charles Schwab later went on to build Bethlehem Steel in to the second largest independent steel production companies and Lee, went on to regularly rub shoulders and consult for the Rockefellers.

For more articles like this as soon as they’re published, enter your email here or head over to the ooomf blog.

4 thoughts on “Important: How to Write a To-Do List” 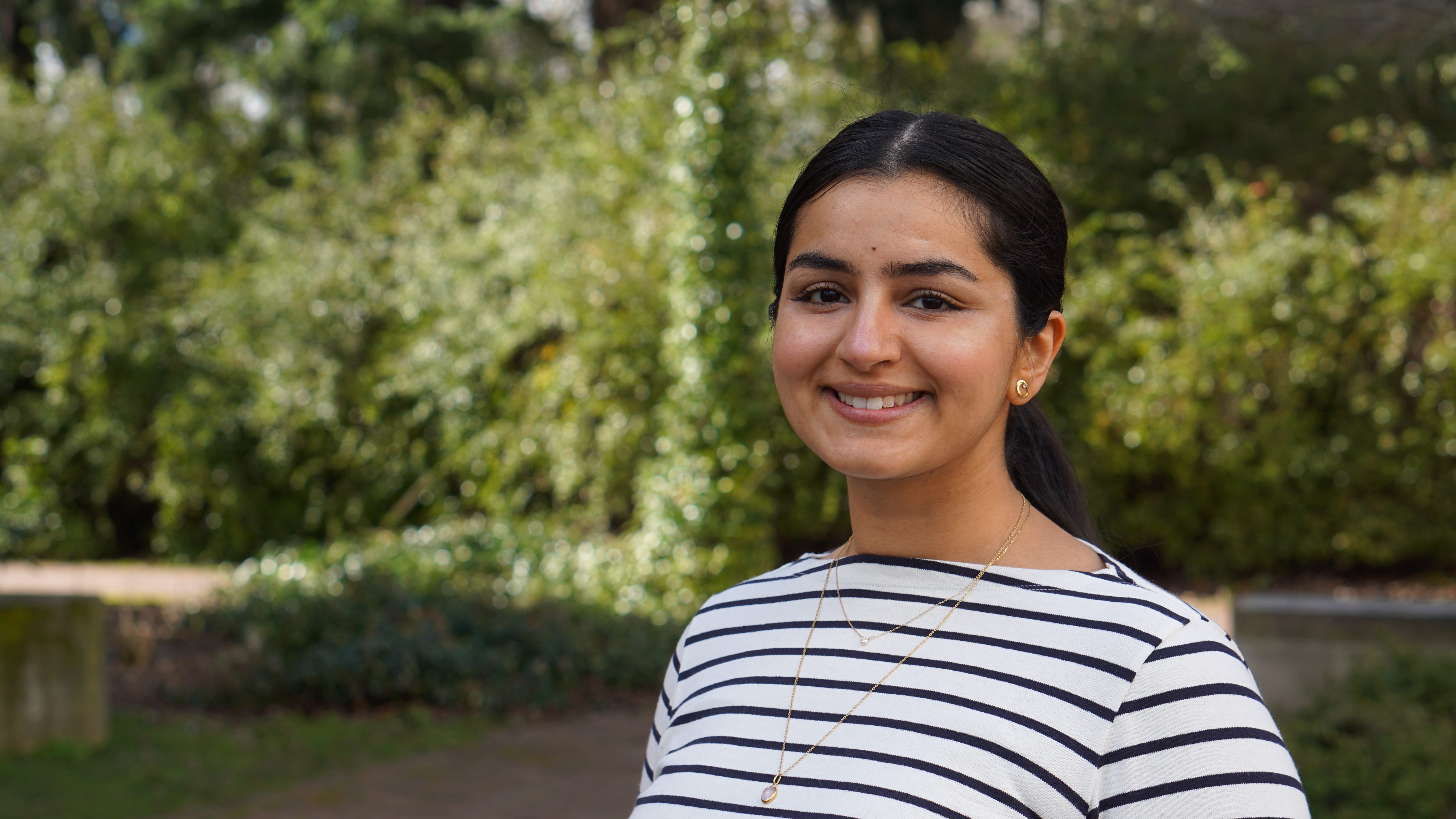 Hello there, I am Divya Pahwa a nutrition and public health grad student in the Pacific Northwest. 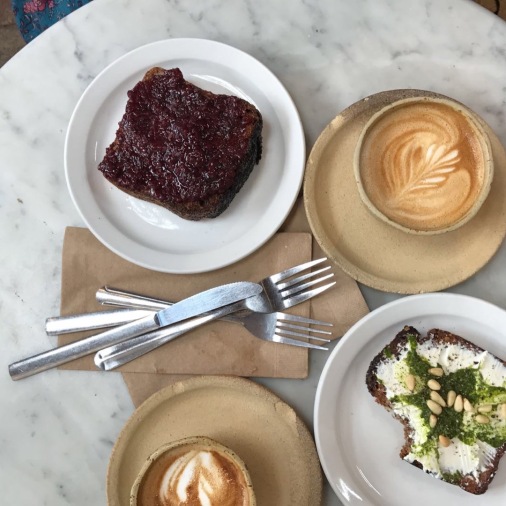 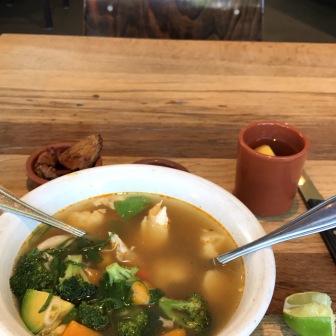 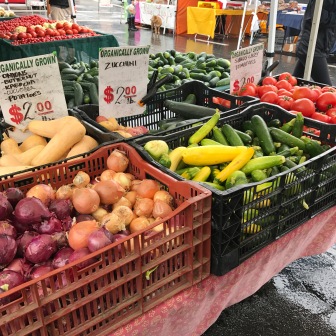 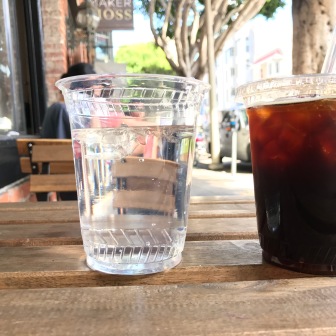 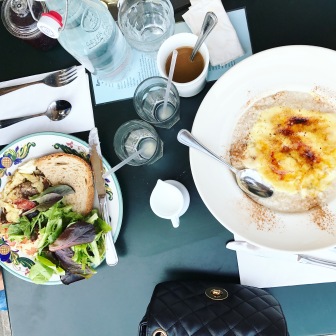 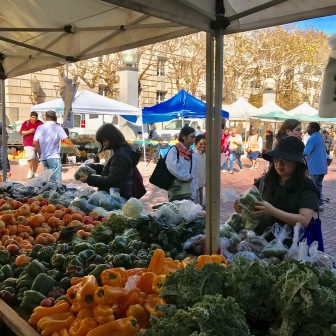